Peter Haertsch is the founding head of the Department of  Plastic and Reconstructive Surgery at Concord Hospital NSW, A Sydney University teaching Hospital. He is also responsible for training plastic surgeons.

He has been responsible for the development of the Burns Unit, which has a world-wide reputation at Concord Hospital. He was also the founding Chairman of the NSW severe burns injury service. He was directly responsible for the setting up of an Academic Chair in Burns and Reconstructive Surgery (one of only 4 in the world) at the Sydney University and is the  Founding Chairman of the Sydney Burns Foundation, part of the Sydney University post graduate medical foundation.

He has been involved in transsexual surgery since 1988 and has performed several hundred operations.

He has also contributed to the peer review literature. 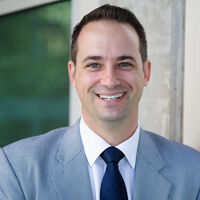